The seventh month of the year is approaching and with it, new accessible premieres, courtesy of Dicapta and Canal 22 International. For this month, you will be able to see the documentaries "Los Guadalupes, una sociedad secreta en la independencia" and "Jacobo Zabludovksy, un hombre tras la noticia”.

“Los Guadalupes” is about a secret society that sought to put an end to the power of the Spanish crown in Mexico. This documentary was made within the framework of the 200 years of Mexico's independence and seeks to highlight the importance of several men and women who fought for this purpose. The society of "los Guadalupes" lasted from 1811 to 1814 and was made up of several significant figures such as José María Luis Mora, Carlos María de Bustamante, Ignacio López Rayón, Andrés Quintana Roo and Leona Vicario. 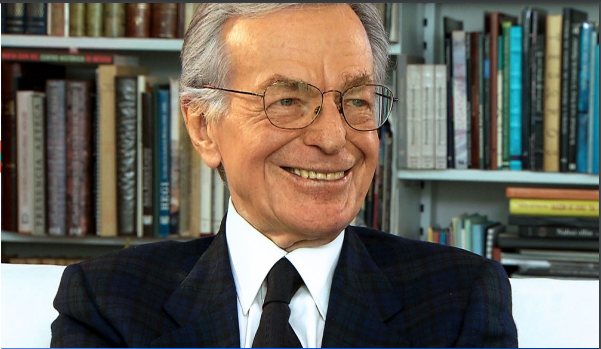 On the other hand, "Jacobo Zabludovsky" deals with the life of the eponymous pioneer of Mexican radio and television. Through a series of interviews, this newsman reconstructs the most important moments of his career as a communicator close to the great spheres of power in Mexico. During his career, he interviewed Che Guevara, gave the first news of the death of President John F Kennedy, and transmitted both the funeral of Winston Churchill and the arrival of the man on the moon.

Audio description and captions for both programs are created thanks to funding from the US Department of Education grant #H327C210001.