Carlos Martínez: A Father To the Third Power

Before starting our interview with Carlos Martínez, I wasn't quite sure what to expect. I had never met him "in person" and I was very pleasantly surprised to find a person who was warm, kind and patiently willing to answer all our questions.

Carlos has been a part of Dicapta's life for over a decade. He remembers how he met María Victoria Díaz and Carol Colmenares through a Vamos al Cine session, a workshop that Dicapta used to do, and that introduced audio description and captions to parents and teachers of children with sensory disabilities.

“It was like a lesson in something we hadn't experienced, attending public presentations like movies. We didn't know how important it is for our children to be able to understand what they see and facilitate and help them make that happen. It was a new lesson for us, and we were able to understand our children's condition a little more… I remember comments from the parents, afterwards they were in tears”.

Carlos is of Mexican origin and came to the United States in the 1980s. He has two children, Priscila, 29, and Carlos Jr., 30.  He also has two grandchildren.

A transcendental episode in Carlos' life was when he found out about his eldest son's disability. Carlos Jr. lost his vision due to retinoblastoma, a type of retinal cancer, and for a while, this fact was difficult for his father, who did not even know a person with a disability at that point in his life. 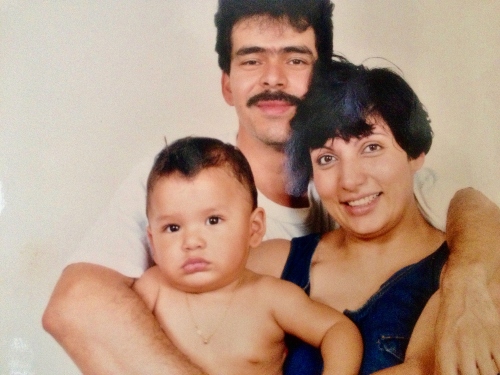 Carlos Sr. was determined to do everything possible to give his son the tools he needed to face the world on his own terms.

“You know how noticeable a disability can be. I remember two people back in my hometown. They were in the corner of the church every Sunday. I saw them every Sunday when we went to mass and some were playing their guitar and others their accordion, and they had a little cup so that people could give them whatever they wanted, so that stuck in my mind and I brought it with me forever. I thought, speaking from ignorance, that this could be the end of my son's life."

But Carlos was not going to let himself be defeated so easily.

“I told myself: my son is going to fly higher. So I made up my mind and said, I'm going to do everything I can, whatever it takes, and see where we get to.”

Thanks to a friend's recommendation, Carlos visited a school where there was a parent mentor program. With their support, he was able to understand his own situation a little better. Together, they gradually discovered that the world of being the father of a child with a disability has its challenges, but also its advantages.

“They gave us training for two years. They informed us of our own situation and helped us to identify what is happening to a person in those moments. You find that you are living a non-normal life. You are living an acceptable social life, but you are not in this world.”

With each meeting, Carlos understood himself and his son a little more.

“At every time, in every conversation with a parent, in every meeting with someone who was just starting out, I felt very knowledgeable. I had already digested a few things. The beginnings. So I found it very comforting, not only financially but also emotionally."

However, the road was not without its challenges for Carlos. He told us that he particularly had problems dealing with the intricacies of the public health system.

“With the medical system, you become your child's advocate, having to argue for services for your child that are available and that someone just doesn't want to help you get. I don't know if the responsibilities multiply or grow exponentially ”. 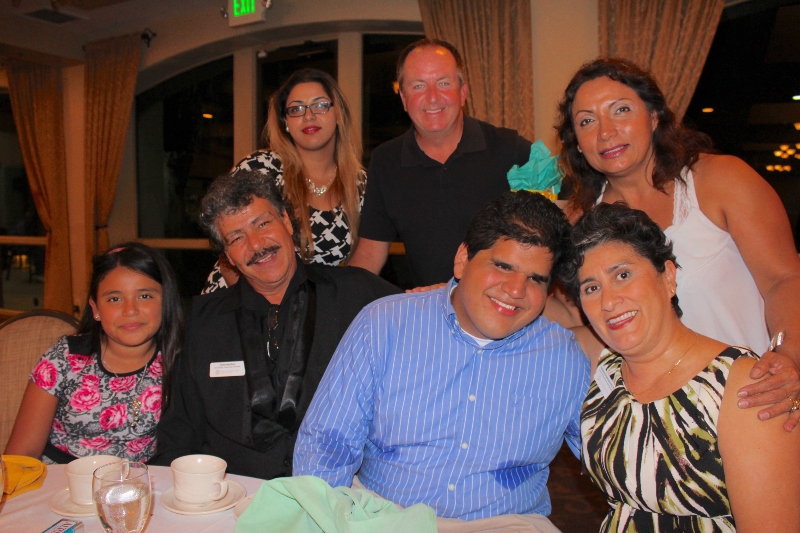 Today, after much work and sacrifice, Carlos Sr. can be proud that he achieved the dream of his life: that his son would be useful to society.

My relationship with him is still very… Look, my son is very independent, isn't he? But we also talk a lot. We have a very, very close relationship since forever. Of course, I think it is very important, at least for me, it was, to create that relationship with my son and then start to trust, you know?

Carlos has worked for 20 years as a parent mentor at the Center for Blind Children in Los Angeles, California. In his free time, he likes to listen to rancheras and Colombian cumbias. He confessed to us that what he misses the most about Mexico are the tacos. He has found some equivalents in the United States, but, as he says, “it is not the same”.